A friend calls me asking me to join her for a trip to the Zoo to help educate the school kids about the animals.

Do you know the secrets behind live animal exhibitions?

Here are 6 secrets nobody wants you to know:

1 – Live Animal Exhibitions are bad for kids
They contribute to teaching kids cruelty. Instead of saying “Look at the beautiful Lion!” we should really say  “Look at the sad Lion!”
Unless parents are very careful. Sub standard Zoos and live Animal exhibitions can twist a kid’s perception or reality.

2 – Animals are not as happy as the organizers want you to believe
A wild animal does not belong in the city. There are just too many people. Too many sounds. Stress and anxiety slowly lower the animal’s immune system and eventually lead to health deterioration and sometimes death.

3 – Animals are drugged and abused
Some organizers use tranquilizers and drugs to control the animals. Others will try to irritate the animals to make them roar. The people behind Zoos and Live Animal Exhibitions will do whatever it takes to keep the show going and get your attention. Often at the expense of the animal’s welfare.
“The scientific term for repetitive behaviors in captive animals is “Abnormal Repetitive Behavior” also know as ARB. This covers all the strange-looking repetitive behaviors we can recognize in captive animals, like zoo animals. These behaviors are caused by conditions like depression, boredom and psychoses. Some zoos actually give anti-depressants or tranquillizers to control the behavior problems of some of their animals.”
(source: http://www.veganpeace.com/animal_cruelty/zoos.htm)

4 – Animals are killed
The animals are shipped in horrible conditions and often stolen from the wild (where most are already endangered) or purchased through questionable suppliers. Many animals die during or shortly after transportation due to neglect and inappropriate care.

5 – Wild animals can transmit diseases
What you don’t know CAN hurt you.
“The 2007 discovery of a zoonotic disease in lions illustrates how little we really know about diseases that can be transferred between wild animals and people. The Norovirus described in this report, posted on the Center for Disease Control (CDC) website, describes a severe hemorrhagic enteritis which can result in a vascular collapse from the intense bleeding in the gastrointestinal tract.”
(source: http://bigcatrescue.org/zoonosis-diseases-that-jump-between-animals-and-humans/)

6 – Animals die prematurely in Zoos
The average lifespan of zoo elephants is about 16-18 years, while wild elephants can live 50-70 years.
Ultimately, animals do not belong in cages, or behind concrete walls. No matter how brightly a wall is painted, or how large a cage is, a zoo environment cannot compare to an animal’s wild habitat.
(source: http://www.onegreenplanet.org/animalsandnature/10-reasons-to-skip-your-next-zoo-visit/)

Would you visit or take your kids to a Zoo or Live Animal Exhibition?

Let me know what you think? 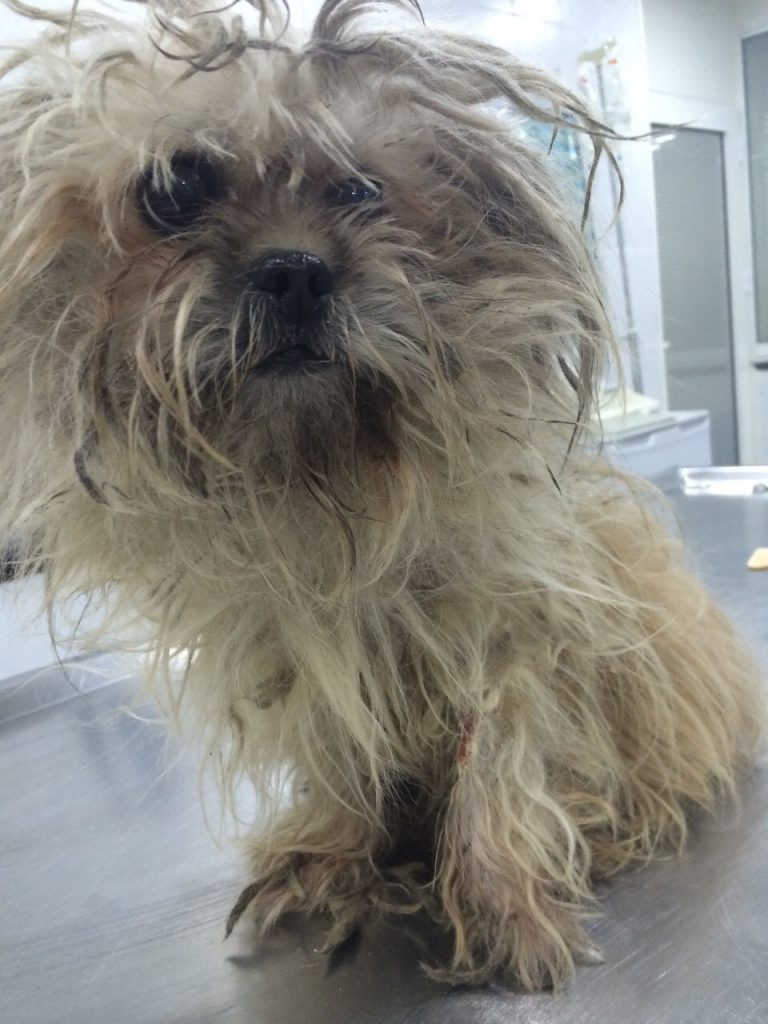 If you do not believe in chance, this story will probably change your mind. Coming back from his work the night before Christmas eve, Chadi, an animal lover, decided to take a different road. As he was driving, he caught sight of a dirty cage with some sort of creature moving inside it. On the…

At first glance, you might think the owner is doing him good by allowing him to breathe fresh air and enjoy the sun. But if you look closely, the dog is petrified! He has a prong around his neck and is tied up with a chain to the car leaving him little…

The Animal Welfare Law will see the light. It will be a stellar achievement for Animals Lebanon and the thousand of great people that support their work. But what will really change once this law is finally be enacted? Looking at the way we are selectively applying other laws, chances are nothing will change unless…

My opinion about the use of aversion and force in dog training is no big secret. The whole concept of Bright Animals was to promote humane animal training and in home dog training as a better alternative to outdated techniques. Far from being a personal opinion, you will find links to various articles and scientific studies that outline…