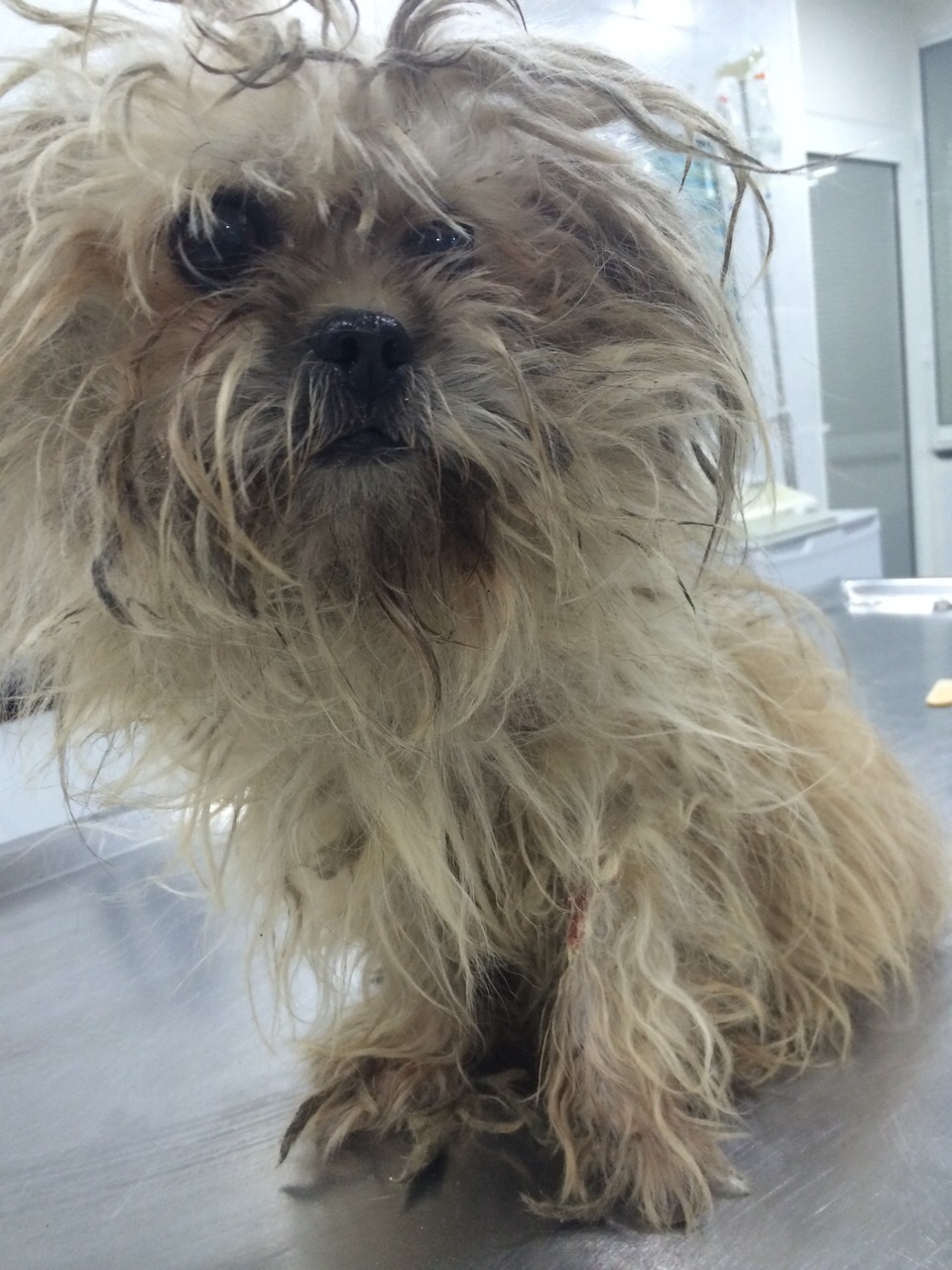 If you do not believe in chance, this story will probably change your mind.

Coming back from his work the night before Christmas eve, Chadi, an animal lover, decided to take a different road. As he was driving, he caught sight of a dirty cage with some sort of creature moving inside it.

On the sidewalk, right in front a pet shop this neglected dog was left suffering. He stopped and tried speaking to the shop owner. He was told that the animal got loose a few days back and got hit by a car. She was now destined for breeding. It was also time to close the shop and the conversation was quickly coming to an end.

In a country like Lebanon where animal welfare laws virtually do not exist the only chance of rescue lied in the man willingly surrendering the dog. But the conversation was just not going well.

Suddenly, there was a lot of noise. Coincidentally, the police happened to be raiding an apartment  in a building right next to the pet shop. So suddenly Chadi and the shop owner were both blocked inside the shop while the police finished their work for the next hour and a half. Plenty of time to talk to the owner.

The dog was named chance.  And after a visit to the vet, she was diagnosed with a broken shoulder and leg. She was also infested in fleas and had worms in her stools.

Chance is currently recovering and looking for a foster home and an adoptive family.  She has been treated for fleas, groomed and dewormed.

Had Chadi not changed his route and had the police raid not taken place, she would probably still be in the cage where she was found.

Please help Chance by spreading the word about her case. She is in need of a permanent home to call her own. For more information, please contact her rescuer (Chadi) at the following numbers: 79 187322 (from Lebanon) or 0096179187322 (internationally).

Chadi is an animal lover and is also the founder of the group Parrot Club of Lebanon, he also owns a small show in the Furn El Chebbak area called Bridville2 where you can find all sorts of quality items and accessories for your birds.

The Animal Welfare Law will see the light. It will be a stellar achievement for Animals Lebanon and the thousand of great people that support their work. But what will really change once this law is finally be enacted? Looking at the way we are selectively applying other laws, chances are nothing will change unless…

// You think I’m not the same dog anymore? Did I become slow and boring? Is everybody telling you that I have changed? Well let me explain few things : If I don’t play with you as much as I did before , it’s not because I don’t enjoy your company anymore . I still…

A friend calls me asking me to join her for a trip to the Zoo to help educate the school kids about the animals. Kids love seeing Animals, right? Do you know the secrets behind live animal exhibitions? Here are 6 secrets nobody wants you to know: 1 – Live Animal Exhibitions are bad for…

At first glance, you might think the owner is doing him good by allowing him to breathe fresh air and enjoy the sun. But if you look closely, the dog is petrified! He has a prong around his neck and is tied up with a chain to the car leaving him little…